Members of the Senate Committee on Trade and Investment and executives of Nigeria Export Processing Zones Authority (NEPZA) commended Alaro City for the significant Foreign Direct Investment (FDI) and new industrial businesses the new city has attracted in the two years since its launch in the Lekki Free Zone.

Led by the Senate Committee Chairman on Trade and Investment, Senator Francis Adenigba Fadahunsi, the federal lawmakers visited Alaro City in the company of the NEPZA Board of Directors, led by its Board Chairman, Alhaji Adamu Fanda, and Managing Director, Prof. Adesoji Adesugba. The progress assessment of free zones was part of ongoing updates of the NEPZA Act before the National Assembly.

Senator Fadahunsi said the lawmakers visited to see the progress of free zones operators like Alaro City, especially with regards to attracting investment, boosting manufacturing and creating jobs. The results of the visit will inform the National Assembly as it makes progress on amending the NEPZA Act. “We are amazed with the level of multi-billion-dollar investments in the Lekki Free Zone, which harbours various mega projects of global magnitude like Alaro City and the Dangote Refinery,” he said. 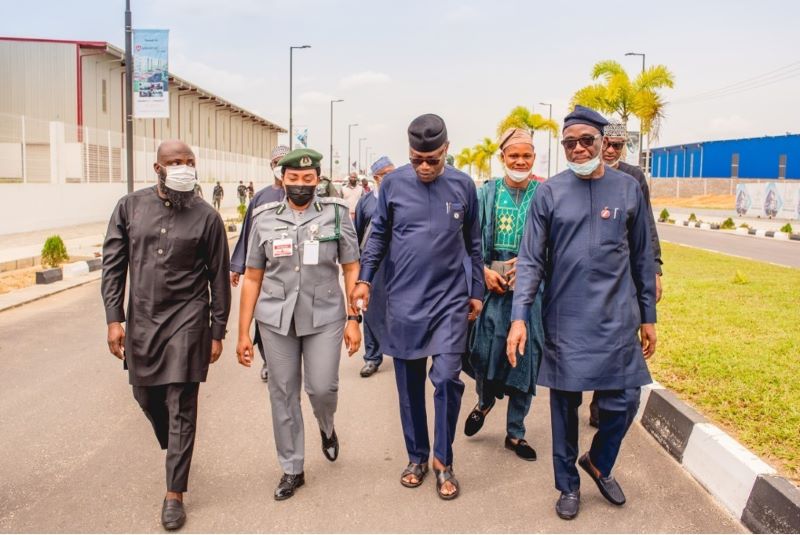 “The level of progress in Alaro City and the Lekki Free Zone is encouraging and paints a clear picture of the direction we want our free zones to take,” added Senator Fadahunsi. “The amount of FDI attracted so far, with the attendant jobs created and boost to manufacturing, is commendable, and we pledge our commitment to work with Alaro City to sustain this pace. We encourage NEPZA to step up its activities, and we on our own part will aid legislatively to ensure that industrialisation grows, and jobs are created so that this place and all other zones will be fully developed to ease the problems of this country.”

Launched in January 2019, Alaro City is planned as a 2,000-hectare mixed-income, city-scale development with industrial and logistics locations, complemented by offices, homes, schools, healthcare facilities, hotels, entertainment and 150 hectares (370 acres) of parks and open spaces. Alaro City, a model for Public-Private-Partnerships, which are a key focus for the Lagos State Government, is a joint venture between Rendeavour, Africa’s largest new city builder and Lagos State, the economic and financial nerve centre of Nigeria. Over 3.5km of initial road networks with rain garden drainages and cycling lanes are under construction; as well as power, water and sewerage infrastructure.

In the first two years of infrastructure rollout in Alaro City, recognition of the new city’s uniqueness has come from several quarters: from its master plan winning the international 2019 Architizer A+ Popular Choice Award, to it being awarded ‘Highly Commended in Africa’, in the SME Winners Category and ‘One to Watch’ among free zones globally in the fDi Global Free Zones of the Year Awards 2020. 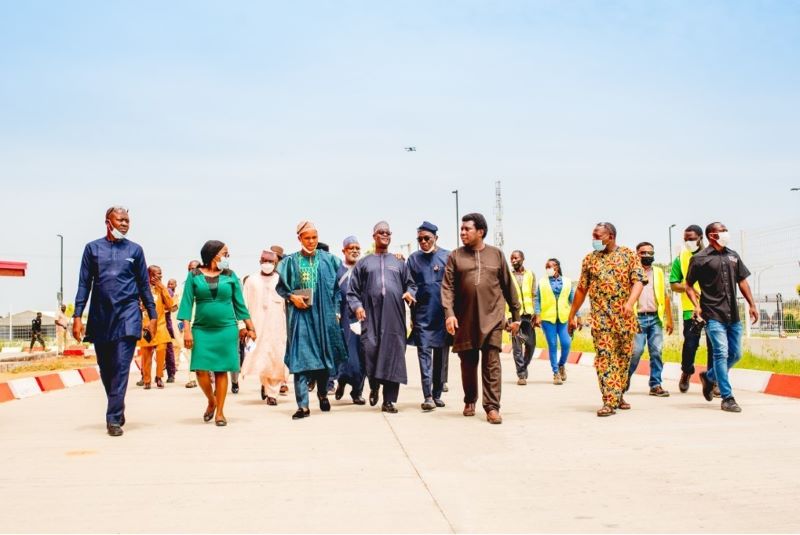 Also within these two years, more than 40 companies are operational or under development. Amongst them are Starium, a subsidiary of BUA Group, which is nearing the completion of its detergent factory, and Ariel Foods FZE, which has built and completed the biggest Ready-To-Use Therapeutic Foods (RUTF) production facility in Africa, with an annual capacity of 18,000 metric tonnes. The factory is also the most advanced RUTF facility in the world.

Chairman of Alaro City, Ayo Gbeleyi, speaking during a prior free zones’ stakeholders meeting on urgent economic revitalization, said the partnership between a visionary developer and a progressive Lagos State Government was aimed at expanding the nation’s industrial base. “We must think of our economy beyond oil and that is why we need Special Economic Zones like the Free Trade Zones to generate export revenue,” he said. “I think that the place to be is in the Lekki Free Zone where the Lagos State Government and all relevant agencies are there to breakdown all bottlenecks. The Lagos State Government is committed to playing its leadership role in economic development. Alaro City is a product of a great partnership. A partnership that has achieved remarkable success in such a short time. It is serving as a major attraction for foreign direct investment to the state and the country.”

NEPZA Board Chairman Alhaji Fanda said the free zones regulatory body was determined to replicate the success of advanced free zones around the world to drive Nigeria’s industrialisation and economic development. “We have seen how other countries have utilized the free trade zones, for instance, the UAE, and we have no other option than to make sure that free zones achieve what they are meant to achieve. Alaro City’s success is an indicator of the fact that we are on the right path and will achieve our set goals.” 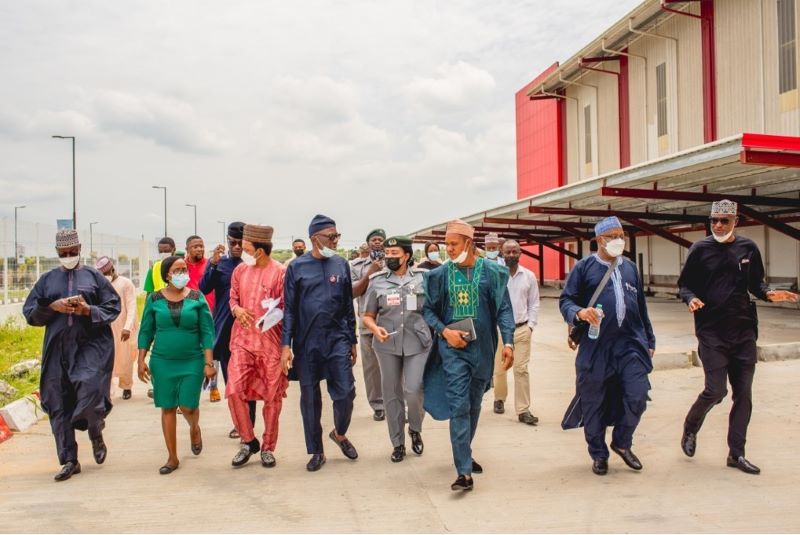 The proposed amendments to the NEPZA Act, according to Prof. Adesugba, would update it to benefit from dynamic trends and enable the country to be better positioned to attract investment, generate wealth and create jobs. “The amendment of the NEPZA Act will address loopholes in the Authority’s legal framework and update it in line with current realities so as to better enable the private sector thrive and lead the industrialization process of the country,” he said. “We have seen how vibrant the National Assembly is and how seriously they are taking things in Nigeria, so we are optimistic. You can see the level of development going on here in Alaro City. This is one of our key free zones in Nigeria. Alaro City is very serious, and NEPZA is serious also in supporting Alaro City. Investments into this zone is very key to national development, and we urge prospective investors to please come over to Alaro City, have a look and make sure you bring your businesses here.”

Yomi Ademola, Country Head, Rendeavour, and Managing Director Alaro City, believes the progress being seen at Alaro City is as a result of a number of factors: the commitment and support of the Lagos State Government, evidenced by the quality and magnitude of infrastructure, as well as the vision and experience of Rendeavour in driving projects of this nature and scale in multiple locations across Africa.

“Our work at Alaro City goes beyond just building a new city. Together with the Lagos State Government, which has been an excellent partner on this project, we believe Alaro City will house the businesses and investments that will drive the next wave of economic growth, not just for the state but for the entire country,” Ademola said. “The diverse nature of the businesses we are attracting into our industrial and commercial zones gives us much to be pleased about. It’s a validation of our strategy and the trust the market has in us. We remain committed to that strategy and look forward to many more businesses moving and expanding into Alaro City”.

We use cookies on our website to give you the most relevant experience by remembering your preferences and repeat visits. By clicking “Accept All”, you consent to the use of ALL the cookies. However, you may visit "Cookie Settings" to provide a controlled consent.
Cookie SettingsAccept All
Manage consent

This website uses cookies to improve your experience while you navigate through the website. Out of these, the cookies that are categorized as necessary are stored on your browser as they are essential for the working of basic functionalities of the website. We also use third-party cookies that help us analyze and understand how you use this website. These cookies will be stored in your browser only with your consent. You also have the option to opt-out of these cookies. But opting out of some of these cookies may affect your browsing experience.
Necessary Always Enabled

Performance cookies are used to understand and analyze the key performance indexes of the website which helps in delivering a better user experience for the visitors.

Analytical cookies are used to understand how visitors interact with the website. These cookies help provide information on metrics the number of visitors, bounce rate, traffic source, etc.

Advertisement cookies are used to provide visitors with relevant ads and marketing campaigns. These cookies track visitors across websites and collect information to provide customized ads.

Other uncategorized cookies are those that are being analyzed and have not been classified into a category as yet.

Obtaining Your Certificate of Occupancy in Lagos State